Upcoming Dates to Save:

Let’s Get Free is meeting regularly every other Wednesday at the Thomas Merton Center Annex. See sidebar for details or email letsgetfreepa@gmail.com

The Court is sitting “en banc”, which means 9 or more judges, and when they are en banc they have super judicial powers and can overturn their existing precedent that prohibits 18+ Miller claims.

The issue in this case is whether Avis is permitted to challenge her mandatory life-without-parole sentence as excessive in violation of the Eighth Amendment’s prohibition on cruel and unusual punishment due to her being only 18 years old at the time of the offense. Avis raised a claim that she had the same characteristics of youth and immaturity that the U.S. Supreme Court found relevant in striking down mandatory life-without-parole sentences for children younger than age 18 in Miller v. Alabama, then applied retroactively to older cases (like Avis’) in Montgomery v. Louisiana.

Art Gallery as an Organizing Tool

For the 2nd year in a row, Let’s Get Free has facilitated a collaborative art show in effort to raise funds for our basic needs like transportation, stamps, speakers fees and copies. Not only do we get filled up on funds and creative inspiration, we also take full advantage of the space through having weekly gallery hours and 3 events. The opening event and auction saw over 1,000 people come through the doors of Boom Concepts and almost all the art sold raising over $5,000.  Etta Cetera, co-founder of Let’s Get Free and curator of Letters and Liberation, gave two tours to youth groups including, 1Hood Media’s summer interns and the Hazelwood Arts Excursion. One participant wants to help etta curate the show next year and many of the young people said they would donate art to future events. This years art show funded the Let’s Get Free retreat which took place on August 12. Overlooking Edinboro Lake we reflected, assessed and strategized. This years art show also helped to fund two new programs – The Real Deal a support group for returning citizens and Let‘s Get Smart – an initiative to build educational opportunities in prisons across PA.

THANK YOU SO MUCH TO ALL THE ARTISTS WHO DONATED ART, ALL THE VOLUNTEERS WHO SET UP, BROKE DOWN AND HELPED WITH EVENTS, ALL THE PEOPLE WHO BOUGHT ART, ALL THE ATTENDEES WHO SHARED THEIR WISDOM WITH US THROUGHOUT THE MONTH OF JULY AND TO BOOM CONCEPTS. 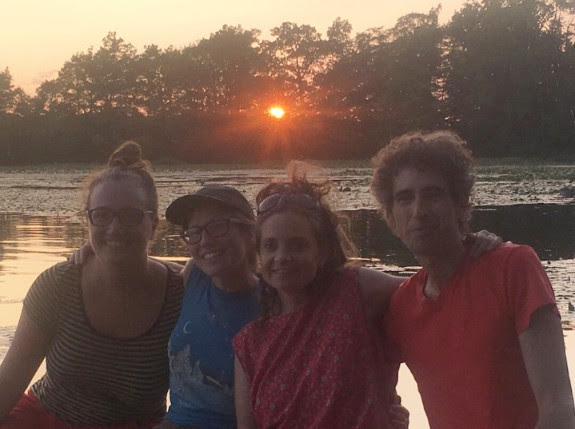 Below is the newsletter we will be sending to our loved ones on the inside, we send out about 350 newsletters mostly to women serving death by incarceration and our close friends and advisors. Let’s Get Free is:
Devon Cohen, Donna Hill, Alan & Nancy Lewandoski, Sara Coffey, Darlene Williams, Jess Cox, Lauren Stupartiz, Jane Hein, Carol Speaks, Josie Young, Cat Besterman and etta cetera [Lauren, Devon, etta, and Alan pictured on left at retreat.Photo by Nancy]

Get Out the Vote in the Midterm Elections

What can you do? Get out the VOTE in the midterm elections this November! Ask the candidates if they will support the lifer bills and vote for the candidate who will. In District 28 (Allegheny County) there is a very important race. The incumbent, MikeTurzai, is being challenged by Emily Skopov. Let’s Get Free has tried to meet with the incumbent to ask for his support of the lifer bill but he will not schedule a meeting. The incumbent is the speaker of the House so he has great power to appoint committee chairs and wield influence. His head of the house Judiciary committee does not support our cause. Let’s Get Free has met with Emily Skopov and she will support the lifer bill. She is committed to serving the interests of her constituents, not her financial backers. So please support Emily Skopov and other candidates who support reforms leading to redemption. Go to https://ballotpedia.org/Pennsylvania_elections,_2018 to find out who is running in your area.

Just as important as the midterm elections is next year’s election for DA in Allegheny County. Legislators tell us they will vote on the lifer bill as the District Attorneys tell them. Philadelphia County has a new DA who is committed to being smart on crime and reforming the system. All other PA counties need like minded DA’s. In Allegheny County the DA is up for reelection in 2019.  Turahn Jenkins is running against the incumbent. Jenkins has the endorsement of LGF and CADBIwest. What can you do? Please support his campaign anyway you can and especially by telling your friends and family his name.Turahn Jenkins for DA!

If Fetterman wins LT. Governor, hold him to his word During the discussion the Democratic Candidate for Lt. Governor John Fetterman stated the following:

1.) He opposes the Unanimous Vote on the Board of Pardons for Lifers and believes it is a impossible burden for a Lifer.
2.) He supports Judges having Discretion when it comes to sentencing prisoners to Life, which is a tacit support of parole for lifers that we can use.
3.) He said he supports changes to the Board of Pardons
4.) He would consider presumptive parole for prisoners

His statements as well as the whole event were recorded and are on youtube. If elected he should be held accountable to his word. 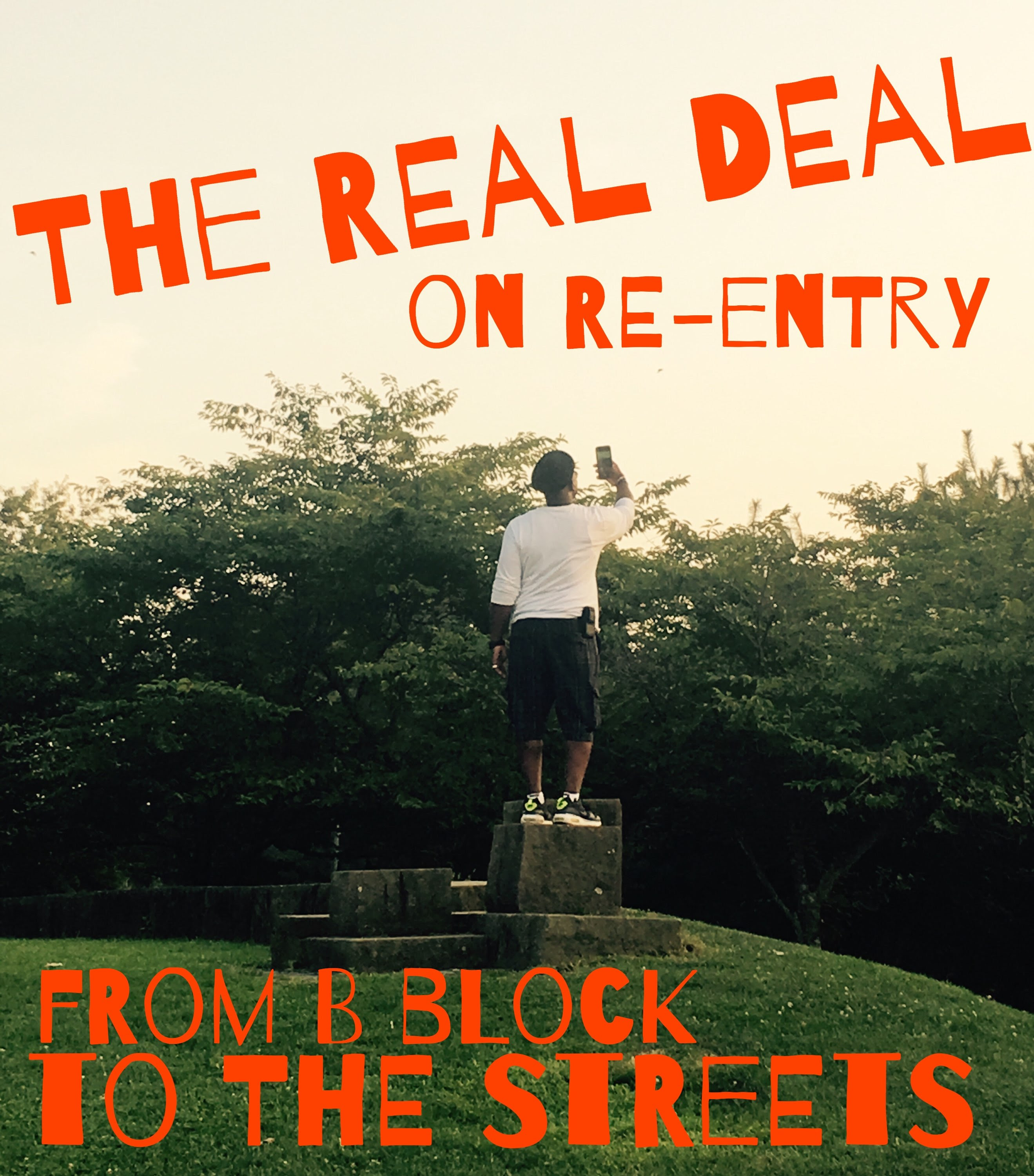 The Real Deal on ReEntry – From B Block to the Streets

Who is it for? Initially, we are focusing on returning juvenile lifers and longer term returning citizens, however, we foresee quickly expanding to include all formally incarcerated individuals, men as well as women. We also hope to include spouses, children, and family members of returning citizens. Any persons integral to the support and long term success of the returning citizens. We also encourage spouses and family members of those yet to be released to attend. So they might better understand the challenges their loved ones will be facing upon release. This will create a network of support, a network made up entirely of people in the same or similar circumstances. In many cases, a strong network can make all the difference.

Speak it into Existence: Our dream is to build a solid network supporting people coming home.  We hope to create strong lines of communication through the walls sharing our meeting minutes, what we have learned, discovered and created, with those still incarcerated.  Any questions, comments or concerns coming from the inside can be addressed and forwarded at the next meeting with the goal being a smooth and seamless return home for all.  We also plan to develop a Website and eventually simulcast our meetings to those unable to attend physically. We would like a presence on all relevant social media so that the community at large can see who these Re-entrants are and recognize the talent, skills and knowledge represented by many of our returning citizens.

Connect with the Real Deal:  Anyone wanting to participate or knowing of someone who may benefit or have some skill or expertise they may want to share, please contact us at the following: The Real Deal – realdealpittsburgh@gmail.com Ricky Olds – Coordinator – 412-503-2319

After attending my second merit review session with the Board of Pardons I wanted to find out what factors in determining a decision to vote for or against a public hearing for lifers besides the application’s contents.  Secretary Wetzel interviews each applicant before the merit review and after the staffing. He reads the staffing reports.  Many of us feel that if you get Wetzel’s approval that should at least translate to a yes vote by the DOC’s BOP representative. That is not the case. The battery of tests taken also likely influences their decision.

If Lt. Governor Stack embraces second chances and votes no, how does he get to that judgment?

I learned that once a commutation application is officially filed with the BOP, the application is shared with the committing county’s DA, judge or president judge, victims and possibly the magisterial district. This information is found on page 6 in the Pathways to Pardons booklet.

I am starting to believe that it is necessary that family members and supporters of a commutation applicant reach out and have a conversation with the DA and president judge before the merit review. At that time stress the applicant’s humanity and emphasize the support you are willing to give.

This is a very frustrating process especially since we know so much about the nearly non-existence in reoffending by life sentenced people.  The reality of commutation for lifers in PA is dark and complicated but to not apply is not only giving up hope, it keeps the system in place.  By putting your life story out there and facing the consequences it is only then that we on the outside can push to dismantle it thereby improving the outcomes-possible. Always file for reconsideration.

Let’s Get Free continues to share Commutation Kits – A resource for people in PA applying for commutation. The Kit includes a sample application, tips for writing your application and tips for your loved ones to write a support letter for you. 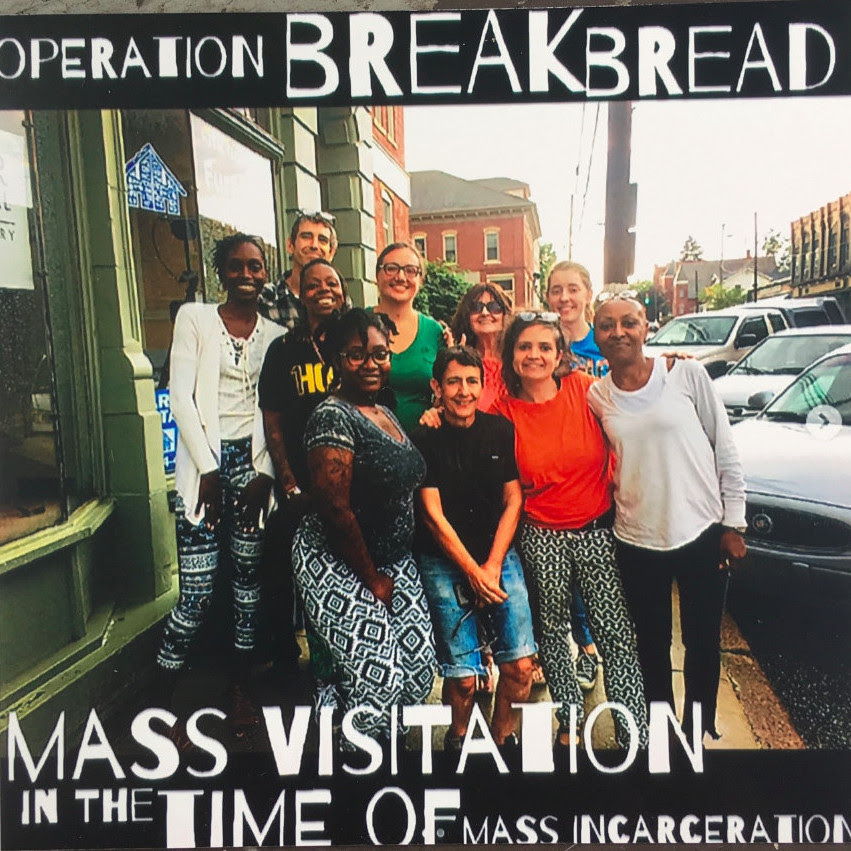 We are celebrating a year of growing connections and building friendships with our project Operation Break Bread, which started the summer of 2017 and grew out of last years art show. With this initiative we’ve organized people in Pittsburgh to visit people serving life at SCI Cambridge Springs, the closest women’s prison to Pittsburgh. For the last year, there have been visits organized at least once every other month, with over 20 people visiting and 20 people receiving visits. We recently organized two prison visit trainings to invite more people to participate and learn the ways to create connections with folks on the inside across the concrete and communication barriers.

If you or someone you know who is serving life at SCI Cambridge Springs would like a visit, reach out to us at: Let’s Get Free 460 Melwood Ave #300 – Pittsburgh, PA 15213 – Please keep in mind we can’t promise a visit and we are very slow to respond but as always we will do our best!

I see her walking out of prison
by Alan Lewondowski

The song is from a daydream I had over breakfast about my friend Marsha Scaggs, currently serving Life Without Parole at SCI Cambridge Springs, PA.

The women sentenced to life at SCI Cambridge Springs and SCI Muncy are some of the best and sweetest people I’ve ever met. They are care giving individuals who act as mentors, teachers and role models to the younger folks with lesser sentences who come through the prison. They have long ago been re-habilitated and transformed into incredible human beings. They do not belong in prison and their being held there until they die constitutes a Human Rights disaster. We make the laws.
Let‘s fix these broken ones.
This song is my vision of Marsha coming home. Let it be soon!

I See Her Walking Out Of Prison 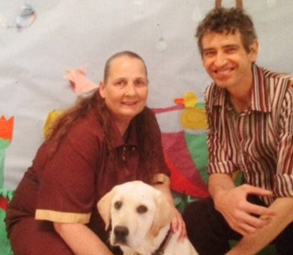 Locked away in a foreign land
Still paying for a mistake from her distant past
Doing way too much time
For tip-toeing over the line once upon a time
She turned into a saint just to survive
She’s a teacher by trade. I know justice is blind
But it doesn’t have to be stupid every time
It’s time!

I see her walking out of prison
I see a door opening
She’s working and waiting
It’s a moment we’ve been hoping to see
Now someone on the inside’s saying
Maybe this means something good’s gonna happen to me
Now she’s on the outside, reaching back, getting sisters free
I see her re-uniting families

I see her walking out of prison

Ghani shares 5 lessons applicable to humanity learned by Geese. He shared this at the end of a workshop entitled “Peace, Forgiveness and Ubuntu” which happened on July 21, 2018 in Pittsburgh, PA as part of the Letters & Liberation Art Show at Boom Concepts.