etta grew up in the deep deep suburbs of Washington DC moving to Pittsburgh in 1998. She is a community organizer and artist who is deeply committed to transformative & racial justice. She was pulled into the issues of mass incarceration through the

wisdom and freedom struggle of Mumia Abu-Jamal  alongside having a penpal in prison. Beginning in the year 2000 etta has co-founded many Pittsburgh based organizations including: Book ‘Em, Pittsburgh’s Books to Prisoner program and HRC – FedUp! the Pittsburgh chapter of Human Rights Coalition that advocates for incarcerated people who are suffering human rights abuses. In 2011 etta co-founded WHAT’S UP (Working and Healing to Abolish Total Supremacy, Undermining Privilege) a group formed to support, encourage & challenge white people to work for racial justice. In addition time spent with Let’s Get Free, etta works as an on-call medical advocate for Pittsburgh Action Against Rape and as a housekeeper & declutterer.

Devon Cohen
Devon Cohen has been a member of Let’s Get Free since its beginning in 2014. After seeing three innocent death row exonorees speak as a teenager in 2002, they have been engaged in prison justice issues, and the ways in which the criminal legal system in the US fails to provide justice, safety, or healing from harm. Over the years they have organized with a number of environmental and racial justice struggles, and for the last few years have been focusing on ending death by incarceration and other lifer’s issues. They are working toward the time when the lessons many lifers hold can be freed in their communities, and healing and transformation replace punishment. Devon also spends time being a nanny, artist, housekeeper, and dog buddy.

Ronna R. Davis is  the CEO & Founder of Za’kiyah House, she is a 47 year old mother of 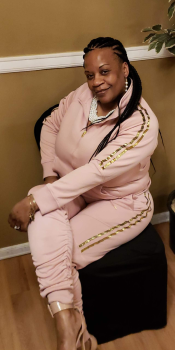 three, whose desire is to reach back and pull others through the same tunnels that she has once traveled herself.  Ronna is a Pittsburgh native, has always excelled at school and graduated a year before her original graduation from the Pittsburgh Public school system. She then began her lifelong dream of working in social work at Allegheny County Community College and graduated in 2004 with her Associate Degree in Social Work and a Certificate in Drug and Alcohol Counseling.  She went on to secure her Bachelor in Social Work from Chatham College in 2007 and in 2012 she finished her Master Degree in Leadership from Geneva College. Ronna, is a returning citizen who has prided herself in given back to the prison population that she was once apart of.

Ms. Davis has worked in the Social Service Field for over 16 years, serving the East End population as a Social Worker at The Salvation Army. She then moved into the area of her passion at Tadiso Inc. as an Addiction Specialist serving with people with a various types of addiction. It was then that she realized that homelessness, incarceration and drug addiction are all interrelated and to truly meet the needs of people with addiction issues she needed to be capable of assisting with all their needs. At that moment, unknowingly, Za’Kiyah House’s mission was embedded in her mind creating the desire to reduce recidivism, addiction and homelessness via one service location.

Ronna has knowledge of many institutions that are in place to help people, however, she believes that each lacked some of the additional support to bridge the gap between social services and the person in need.  Her determination to create a place where people who are wounded can receive guidance that is non-judgemental and supportive.

In 2001, she decided that she was dedicating her life to helping people who were incarcerated and desire to become free from anything that did not promote prosperity in their lives. Za’kiyah House was born, to assist people who suffer from any crisis that affects the growth and prosperity of mankind.

Jane Hein
Jane Hein joined the fight to abolish DBI when her niece was sentenced to die in prison. She visits other lifers through Operation Break Bread, visits with legislators to advocate for reform laws, attends rallies in Harrisburg, and canvases for candidates that support reforms. She is a member of Let’s Get Free and CADBI-West.

Donna Hill
Donna Hill has a daughter serving a death by incarceration sentence in Pennsylvania. She has been a tireless advocate for over 30 years not only trying to change laws to provide for a minimum sentence for lifers but also for prisoners’ rights and humane treatment of prisoners. She was the president of Fight For Lifers West for 15 years and is now an active member of LGF and CADBI West.

Alan Lewandowski
Alan Lewandowski aka Anita Fix writes, performs and records songs, poetry, theater and fiction with a focus on using the arts as activism towards revolutionary social change.  They have been a member of Let’s Get Free since 2017, and is active in the Coalition to Abolish Death by Incarceration-West.  Alan was brought further into the movement upon meeting Marsha Scaggs, who is unjustly serving DBI at SCI Cambridge Springs; and works on behalf of Marsha and the many other awesome women from the awesome community of Lifers and long timers at CBS and SCI Muncy with a fervent desire to see them all get the freedom they deserve.
Lauren Stuparitz – Lauren’s bio coming soon. 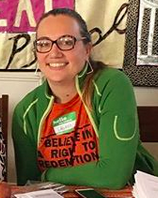 Antoinette “I am a strong freedom fighter” Osei 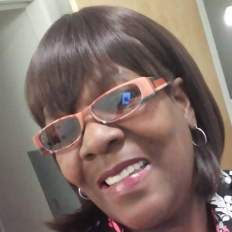 Antoinette has 3 son’s, 14 grandkids and 3 great grandbabies. She went to school for Social Worker Psychology and is a certified drug and alcohol recovery specialist. In addition to Pittsburgh, Antoinette lived in Atlanta Ga for 18yrs. She retired from the Allegheny County Courthouse.  Toni has a son doing LWOP, participates on the CADBI-West statewide committee and is an enthusiastic member of Families Against Mandatory Minimums and OnePA.  She also volunteers for a prison ministry, studies criminology and enjoys working out in the gym.

Darlene Williams
Mother, wife, and business woman who is soundly rooted in her Christian values. She is a strong advocate for women lifers, supporting many grassroots organizations that have the same common missions and values for criminal justice reform for lifers. Darlene is a co-developer and website designer for the Women Lifers Resume’ Project.